The two American mid-size SUVs shoot it out to see who’s best.

Chevrolet and Ford have both developed their mid-size SUVs to fill a gap in their SUV coverage. The 2020 Chevrolet Blazer and 2020 Ford Edge are both offer seating for 5, increased cabin space, increased cargo space, and an overall more stylish presence.

So how do these two SUVs compare when held up against the same light? Does the Blazer stand up to the heritage the name holds? Does the Edge stand up when taken to the...edge? Man, I gotta come up with some better jokes. 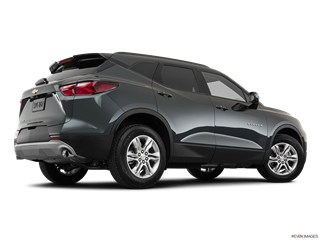 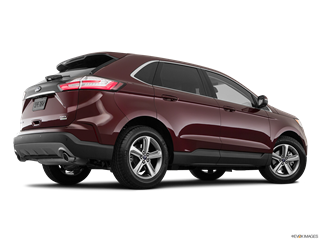 Now, this is a bit of a strange category to have in an SUV comparison. Up until only a few years ago, you would be called crazy for even mentioning performance in an SUV discussion, but times have changed and SUVs are starting to become some truly fantastic performing vehicles.

The 2020 Chevrolet Blazer is a bit of a disappointment in this department. Calling back to its off-road heritage, the new Blazer fails to live up to the enthusiasts-friendly name of its predecessors. While the overall concept of the Blazer's off-road alias being “ruined” doesn’t entirely bother me, the lack of performance overall does. Truck-based off-road SUVs are not a guaranteed sell anymore, and platform-sharing crossovers are a cost-cutting necessity. But what Chevrolet could have done is give us a standard crossover with a performance version, as Ford did with the Edge ST. An exciting version of the Blazer would satisfy a niche market that Chevrolet doesn't currently have a hand in.

The Blazer’s largest engine, the 3.6l V6, comes with an ample 308 horsepower. Enough to make you not concerned to merge on the highway, but more than lacking if you are looking to get pushed into your seat.

The Edge, however, is available with a twin-turbo V6, putting out roughly 335 horsepower, and more importantly, 380 lb-ft of torque. That extra torque is what gives the Edge ST the punch it needs to feel like an actual performance SUV. Chevrolet would have a stout vehicle if they opted to put in a more ample powertrain, such as Ford did, but they have limited engine options that would easily drop into the Blazer platform.

While we love the ST and are glad that we have it, a more aggressive “performance SUV’ would make sense from Ford. Performance SUVs are HOT right now, and the Germans have a high-performance version of every SUV in the line-up. The relatively tame in comparison offerings from the American brands are something of a disappointment. 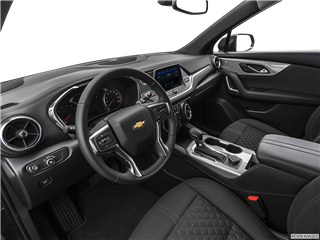 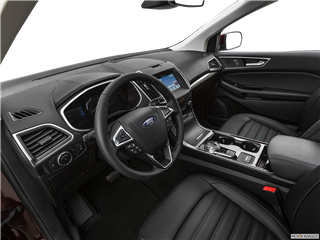 Interior space is an important player in this game. Styling, power, and impressive stats are good on paper, but what people really need is more size and practicality.

The Chevrolet Blazer has an impressive 64.2 cu. ft. with the seat folded, and a still-impressive 30.5 cu. ft. of cargo space with the seats folded. The front-seat passengers are granted 41 inches of legroom, 39.8 inches of headroom, and 59.1 inches of shoulder room. The interior feels slightly more closed than that of the Edge, however, the Camaro-inspired styling inside the cabin and the higher-end materials used make it a slightly more special place to be.

The Edge is slightly larger overall. Cargo space is up to 73.4 cu. ft. with the seats folded, and 39.2 cu. ft. with them in place. Front seats are also given more room with 42.6 inches reserved for the legs, 40.2 inches for the heads, and 60.3 for the shoulders. The slight increase in front capacity is noticeable in the Ford, though that may also be due to the more open-cabin feeling of the Edge. The Ford’s interior has an overall cheaper feel to it, however. The styling has started to look dated, the materials are harder to the touch, and there is a cheaper feel to much of the plastics that litter the cabin. 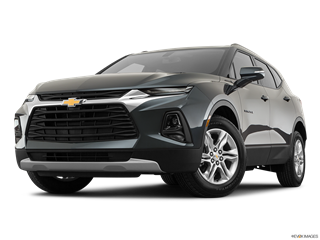 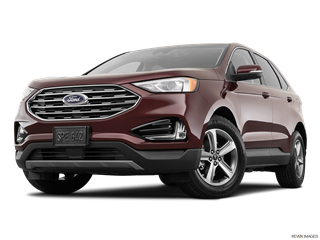 To some of you, styling may not be the top priority, still for others, it may be all you are focusing on. Personally, styling is a very important part of my shopping list, but only if my other needs are filled as well (such as appropriate seating, cargo space, AWD, etc.). Both of these SUVs have bold styling, but I do have to say, I still have a favorite.

The 2020 Chevrolet Blazer is one of the most aggressively styled SUVs in the class. There are creases along the entire body, and the hard edges deflect light every which way. The angled body lines distract the eye from the massive doors and high beltline with tiny windows. When looked at from a side profile, it’s easy to see how high up the glass stats, and how small the greenhouse is compared to what SUVs used to be like. The “squinted eye” headlights and massive grill are very Camaro-esque and give the Blazer an overall aggressive look. Like its ready to take on any other SUVs in its way.

Overall the design is busy, but not so much that it looks bad. The most fussy part of the design is on the rear, where the huge D-pillar, small rear window, and messy angles take away from the overall shape of the vehicle. Want to know how you can tell it’s ugly from the back? Do a quick search of the Blazer and not a single rear-end press photo will come up unless specified. Yeah, that’s Chevy hiding the fact that the rear quarter view isn’t the Blazers strong suite.

The 2020 Ford Edge is an entirely different animal. The upright, stately stance of the front end start your eye correctly. Your focus starts on the front grill, slanted eyes, and typical Ford lower front bumper, and then slowly rises along to the rear. The shape rear looks nearly identical to the Chevrolets, all that’s missing ar the harsh angles and trim pieces. The overall shape of the Edge is round but attractive. The handsome exterior is soft to the eyes but still catches one in a crowded parking lot. The Edge is starting to show its age, but a fresh, clean Edge will still stand out, even in a crowded grocery store parking lot.

Between the two, we personally still prefer the less fussy lines of the Ford Edge. Even with the dated styling, the clean lines of the Edge are much preferred to the overstyled Chevrolet Blazer.

We all love the classic battle between Chevy and Ford. It’s a story that’s as old as Abraham himself. Ishmael drove a Chevy, and Issac drove a Ford, a classic tale of rivalry. But which would we choose today?

Overall both vehicles offer competitive options at competitive prices. Truly you cannot go wrong with either the Chevrolet Blazer or the Ford Edge. However, when forced to make a decision, we would go with the new Chevrolet Blazer. The higher-quality, more modern interior more than makeup for its ostentatious exterior design. Plus, having an SUV that stands out, whether for good or bad, is not something we hate. 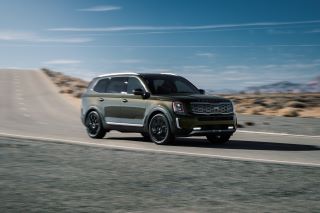 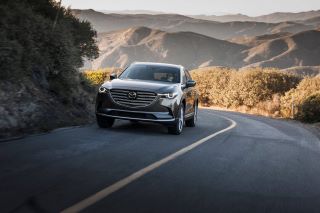 Kia and Mazda have their sights set on having the top SUV, which is better? 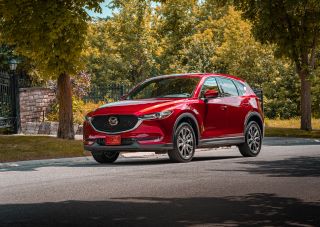 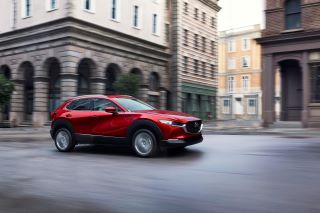 Mazda’s new SUV is set to face some strong competition, but where does it lay within Mazda’s current... 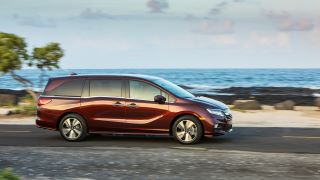 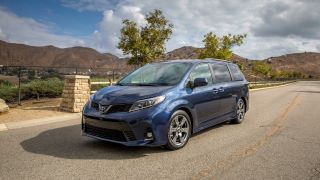 The ultimate minivan face-off between the two Japanese powerhouses, Honda and Toyota.