We were hit with a host of great vehicles this year, let’s take a look at the top trucks that took our breath away.

The Holiday Season. Chestnuts on an open fire, an entire flock of birds delivered over a 12 day span, and family parties where at least one family member is distraught over the fact that Aunt Sarah brought the stuffing instead of the green bean casserole. But without that family, the holidays would be a busy time of running around, stressing about presents, and trying to catch up on housework that's leftover from Thanksgiving.

What we love about the holiday season, however, is looking back at what made this year great, and when it comes to the automotive world, we have a lot to be thankful for.

We have already glanced back at our favorite sedans from 2019 as well as the top ten SUVs that gave us the most joy, so let’s break down the top pickup trucks of 2019, and see what the world offered us throughout this year. 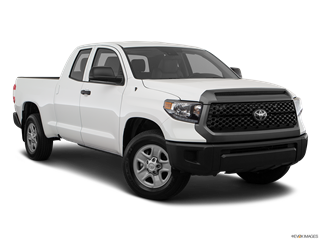 The current generation Tundra is still part of the second generation that was introduced all the way back in 2007. That’s the same year the original iPhone was introduced. That’s an eternity in car years. Long in the tooth as the Tundra may be, it still stands up as one of the best trucks you can buy today, depending on what you are looking for. The 5.7l V8 is more reliable than a 1950’s reel mower. The towing capacity, payload capacity, and real-world mpg are all competitive in its class, and the overall ride quality harks back to what some might say a “real truck" should feel like.

The interior is also comfortable and modern enough to compete in an increasing tech-savvy truck market. That being said, it can only be updated so much before it is simply too old to be very competitive, and the towing figures are starting to fall to the wayside of Chevy and Ford.

All in all, the Tundra is still one of our favorite trucks and the old school feel of this real-world truck keep it on our favorites list for 2019. 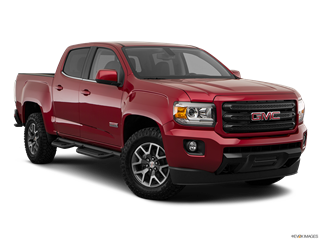 What we love about the GMC Canyon is its ability to put up amazing numbers, while toting you around in relative luxury for that class. The Canyon is able to tow up to 7,700 pounds, an impressive number for a midsize truck.

The wide array of engine options is something we like as well. A four-cylinder, V6, and diesel options are all available, and are all more than capable of moving the truck, and its payload, around without terrible effort.

What really sets the Canyon apart, however, is its impressive interior. The Canyon, particularly in Denali form, is hands down the most comfortable truck in the class. Loaded with tons of features, comfortable seating, and soft-touch materials, the Denali sets itself easily ahead of its competition in its class. 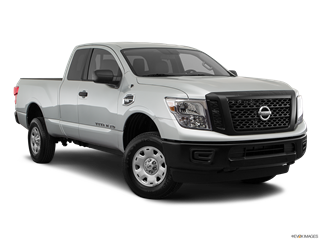 Nissan’s second generation of its full-size pickup, the Nissan Titan didn’t add much for 2019. A new larger 7-inch screen, Apple CarPlay and Android Auto, and a newly available sound system are the only new additions for this year. The big change, however, is what's no longer available.

After several years of poor sales, Nissan has decided to no longer sell the big 5.0l Cummins diesel. The engine was found in the Titan XD, and always occupied a weird in-between spot in the truck world. Bigger than a half-ton pickup, and not as large as a one-ton, the Titan XD confused more customers than anything else. The loss of the engine isn’t a huge loss to the automotive world, but for some customers, they will miss the Nissan/Cummmins duo.

The rest of the Titan is mostly unchanged, but still a wonderful truck to ride in. The interior is comfortable and well equipped, and comes available with upscale materials. The overall fit and finish are more on the low-end side, as per usual with Nissan, but the overall truck is still a comeditive and smart buy for many customers. 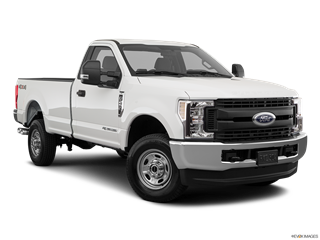 Ford released its updated SuperDuty truck platform two years ago, and these trucks still look like they are fresh off the auto show floor. The great use of upright angles and squared-off corners make the truck appear as muscular and masculine as the numbers show. And boy, do those numbers show.

The F-250 has a payload capacity of up to 4,332 lbs, and an even crazier towing capacity of 35,000 lbs when gooseneck towing. Honestly, I can’t even think of anythign worth towing that weighs that much. My house perhaps? Conventional towing is good up to 21,000 lbs.

Regardless, we love the look of the F-250 and the crazy towing figures are even more enticing. Inside, the F-250 is equally as impressive, especially in the top trims. It’s undoubtedly the one-ton pickup we would choose in 2019. 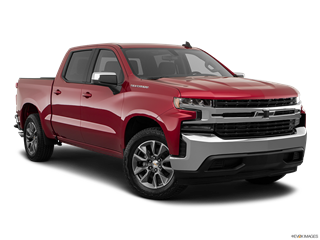 For 2019, Chevrolet released the all-new Silverado 1500. The new design was polarizing, to say the least, but we have grown to really appreciate the massive, over-designed front end of the 1500.

What’s more, is the way the Silverado drives. The new suspension and chassis make for one of the most comfortable riding trucks available. Second only to the GMC Sierra, and that’s only because of better interior materials, not the overall ride quality. 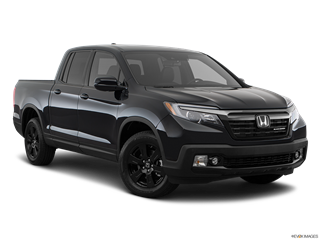 The Honda Ridgeline is basically the Little Train That Could. Except it’s a truck, and it has a funny looking front end. I guess it has that in common with trains at least.

Regardless, the plucky little Ridgeline is an excellent truck that gets a horrible wrap. The unibody construction shared with the Honda Pilot is an engineering marvel, and the ride quality, fuel economy, comfort, and many other benefits that the Ridgeline experiences are more than worth the payoff. Especially for the vast majority of truck owners that only use their trucks for "truck things" once or twice a year.

However, the Ridgeline is more comfortable, gets better mpg, has better reliability ratings, can tow 90% of what other trucks in its class can. It also has creative and cool features like a tailgate that opens sideways and in-bed storage that can be doubled as a cooler.

The Ridgeline catches a lot of slack, but once you look past the haters, you see that it’s one of the best trucks on the market. 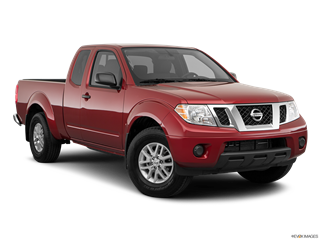 We love the Frontier for its value. It’s not the flashiest, best looking, or most masculine truck. It doesn’t have the biggest bulge in its pants, and it doesn’t date the prom queen. But do you know what the Frontier does do? it works hard for its money.

The Frontier is the guy or gal that worked at his/her uncle's business in high school while getting all A's, concentrated in college while working a full-time construction job, started his/her own construction business, and now makes more money than the top ten most popular kids in school, combined.

The Frontier is about useable value. It gets the job done, and it gets it done reliably.. The Frontier doesn’t waste its time with luxury features or upgraded materials. Don’t get us wrong here, the Frontier has everything you need in this modern era, but it wastes no time hiding the fact that it’s a cheap, affordable truck that gets the job done right every time. And for that, we absolutely love the Frontier. 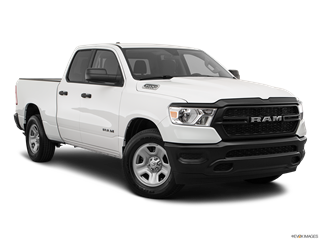 BAS. Big ass screen. That’s all you have to say about the all-new Ram 1500. That pretty much sums up the entire truck. Sure, it has other great stuff like a sleek exterior, the most comfortable seats in the class, and a tow rating that’s higher than any other V8 in the class. But that doesn’t matter, just remember. B-A-S.

To be honest, there is much more to the new Ram than just a 12-inch screen. It's jam-packed with things that we love. The interior is extremely well equipped and is trimmed in high-class materials the other trucks just don’t have available. Especially when looking at the lower trims. Not to mention the amazing Ram Boxes and split opening Multifunctioning Tailgate.

And to add insult to injury, the Ram comes available with three powerful, reliable, and economical engines, including a diesel option.

The Ford Ranger was freshly re-released for 2019 and filled a spot that Ford was missing tons of sales in. The little Ranger is a great all-rounder truck, that’s capable of doing it all.

The cabin is large enough to fit the family, the stout 2.3l turbo four-cylinder makes an impressive 270 horsepower and 310 lb-ft of torque, more than enough power to move around the little truck and up to 7,500 pounds.

The Jeep Gladiator pickup is back! The fact that Jeep made this vehicle at all earns it a spot on our list, but then Jeep decided to make it as good as they did, and that’s why it’s first on our list. Towing capacity not only matches, but outperforms other trucks in its class. The doors still can be taken off, as can the top. Solid axles front and back, locking axles are available, and the off-road abilities are simply unmatched by any other vehicle available today, other than its brother the Wrangler.

Not to mention the Gladiator is well-equipped. Advanced tech features such as blind spot monitoring, adaptive cruise, phone connected app, automatic braking, and keyless entry. These sound like fairly normal features, but they are unexpected in an offroading king like the Jeep Gladiator. Everything you’ve come to expect on other, higher class vehicles are available in the Jeep. Better yet, the Gladiator comes with an available diesel engine and a 7,500 tow capacity, matching its closest competitors.

When it comes to picking cars, we always have a hard time. I thought the truck list would be a little easier, since there are less to chose from, but that only made it harder! Overall the trucks available today are all amazing vehicles, there isn’t a single truck for sale right now that we wouldn’t be happy to drive. 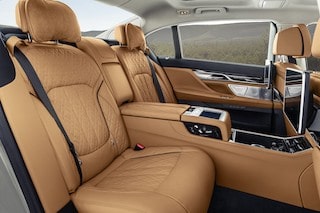 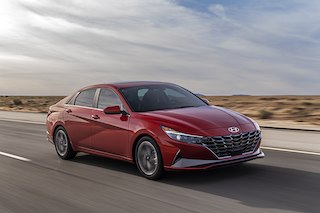 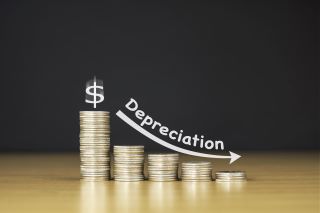 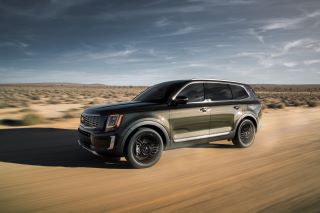