You often hear that buying a used car is cheaper, but is it actually the best move? According to this 2021 study, these are the best cars to buy new.

Here at Rydeshopper, we love a good deal, and sometimes the best deal is a used car. Occasionally, however, you are better off buying a new car, and that’s where this list will come in handy.

According to a recent ISeeCars.com study, the gap between new and used cars is much smaller than we might imagine.

“On average” is the key term here, because some models in fact have a much smaller gap. Some as low as 2.1%.

The used market is still experiencing many of the same effects that brought used car prices so high during the early part of last year. COVID shutdowns, plant shutdowns, and supply chain shortages caused the used market to skyrocket as dealer doors closed and new car sales plummeted.

We are still seeing many of these same effects, along with new challenges such as shipping lane blockages and chip shortages are keeping used prices higher than historical data recalls.

What this means is that the price difference between new cars and used cars is smaller than ever before, and what once was a large gap between pricing has quickly dwindled.

In this recent study, we see what new cars have the smallest gap between new car prices and used car prices.

What Cars To Buy New

As you can see, Tesla is at the top of the list, mainly because the Model 3 received a price reduction for 2020 as well as the fact that used options are limited, driving up prices.

Coming at a close second we see the Toyota Tacoma. No surprises here. As we discussed in our review, Tacoma’s hold their value better than almost any other car on the market, hence why they ranked so high on our Top 9 Cars That Hold Their Value.

After this, we see a surprise. The Kia Telluride is Kia’s new third-row SUV with impeccable styling. To see is on the list with only a 5.7% difference in new to used costs is amazing. Getting into a new Kia with a 10 year/100,000-mile warranty definitely seems like the move in this case.

Best New Cars For The Money

Looking over the list there are quite a few vehicles of interest. Several trucks, a few SUVs, and even some small economical cars.

With all the craziness the past year has caused, there is some good that has come out of it, and for those of you that are in the market for a new car, right now is undoubtedly the right time to buy. 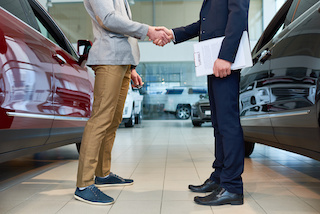 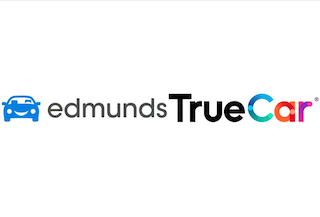 Edmunds vs TrueCar, what’s the difference and who should you trust?